I just returned from my first trip to Cuba, to continue the work that LSF-affiliated luthiers Martin Nitsche and Anna Huthmaker have set in motion.

After many warnings, I was pleasantly surprised that immigration and customs in Santiago practically waved me through, despite the fact that I had with me four donated violins, a cello, and a suitcase full of tools and chemicals. Merlin Lambert, the LSF-trained local luthier, was waiting for me at the airport and had everything arranged – from a place to stay, to a place to eat, to a place to work in the beautiful Sala Dolores, the home of the Santiago Symphony.

When I arrived in my workshop-to-be, I didn’t even have time to unpack my tools before the first violin appeared on my “bench”. This was followed by many others, mostly from the Santiago Conservatory. I dealt with a huge variety of “injuries”: among others, a sound post crack which I glued and patched, to the best of my ability, from the outside; a complicated peg box crack in a viola (I fashioned a bushing out of an old boxwood cello peg); a badly warped bass bridge, many smaller fractures, misshapen fingerboards, and ill-fitting pegs; and badly-carved bridges galore.

Merlin proved invaluable as a trained helper; he was able to deal with a lot of the set-up work, while I focused on the more involved repairs. A group of students from the conservatory also volunteered their time and enthusiasm to help out – I taught them how to expertly clean a violin, a skill that appears much-needed (just about every instrument that came through the door was absolutely filthy).

Merlin also helped me greatly in allocating the donated instruments and bows, so they ended up in deserving hands. While the level of musicianship is very high, most musicians play on instruments that are far below their standard. I very much hope that one of the effects of our continued visits to Santiago and the rest of Southeastern Cuba will be a heightening of expectations – as the quality of the average instrument improves, the musicians will want to see a corresponding standard of craftsmanship in their repair people. I will admit this is not a short-term goal.

We met with some challenges, too. Basic supplies that I absolutely take for granted in my daily life here, such as Saran Wrap, paper towels, and ammonia, are impossible to track down in Cuba. “Transparent, and stretchy, you say?” people would ask, a look of wonder in their eyes, “and it sticks to the bowl? I have heard that such a thing exists, but you can’t find it here.”

Then, there was the day the power was cut. This didn’t constitute too much of a problem, as the temperature was in the balmy range, so it was possible to take the work outside, but shortly after the lights went out, we were informed we had to evacuate the building, as it was about to be fumigated. This cost me roughly half of a work day. The local people took this in stride – I’m afraid I rather wore them out with my relentless German work ethic.

Nature, too, complicated matters. The night before we set off for Guantánamo to hook up with local musicians and their instruments there, an insect crashed into my eye. This necessitated a trip to the hospital in Guantánamo, where I was told the bug had scratched my cornea. I was patched up and given some antibiotic eye drops, but ended up developing an infection in my eye, so the second week of my stay was rather difficult.

I felt I couldn’t let the musical scene of Guantánamo down, so I pressed ahead with the work anyway, eye patch and all. Unfortunately, in my last couple of days in Cuba, I felt too unwell to continue with my work.

Altogether, in the seven days I did manage, I worked on thirty instruments – one bass, five cellos, six violas, and eighteen violins.

One highlight of the trip was our encounter with a professional woodcarver and sometime guitar repairer in Guantánamo. He had heard about my visit there, waited for me for two hours in the heat of noon, offered me the use of his workshop and tools, hung on every word I said, and then thanked me for using his workshop by presenting me with a small sculpture he had carved. I am currently working on helping him spend some time in the LSF workshop in Havana – as he already has good woodworking skills, and there is a professional orchestra in Guantánamo, he seems like an ideal candidate.

Another gratifying experience came as a result of an evening stroll. My friend and I started talking to a man in the street, only to find out his young son played the violin, but hadn’t been able to go to his lessons because he had broken a couple of strings. The family was too poor to replace the strings. When I told him to bring the violin to Sala Dolores, he said, with an enthusiastic smile “God has just opened his heaven over me!” I was able to get the instrument up and going (it needed considerably more than just the strings), and the family was so appreciative and happy. I also set him up with Merlin’s contact information, so he will not have to encounter the same predicament again.

The tool donations I brought were a very helpful addition to Merlin’s workshop, and will enable him to perform a much wider range of tasks. Again, it is hard for us to imagine how difficult it is for people living in Cuba to get hold of supplies – there is no Home Depot or Woodcraft, let alone more specialized suppliers. The tool donations will also relieve visiting LSFers of the need to bring quite so many of their own tools, which means more room in the bag for donations! 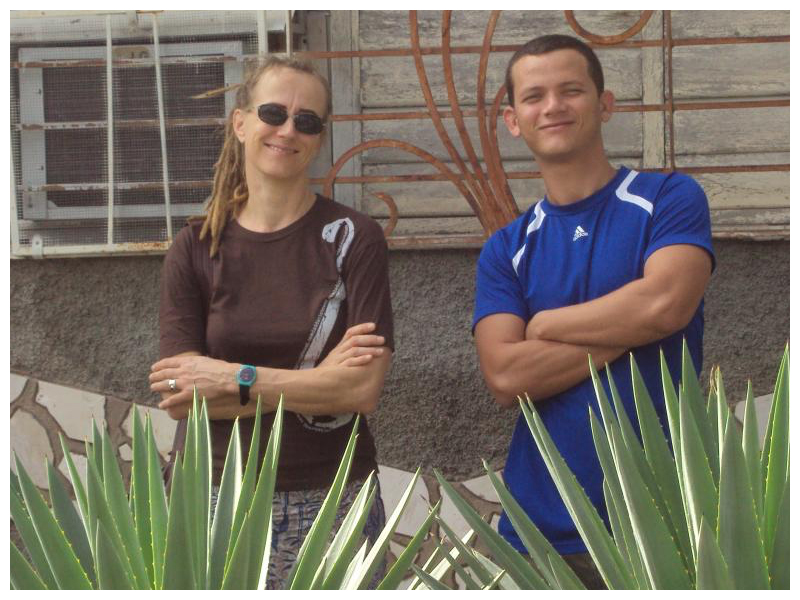 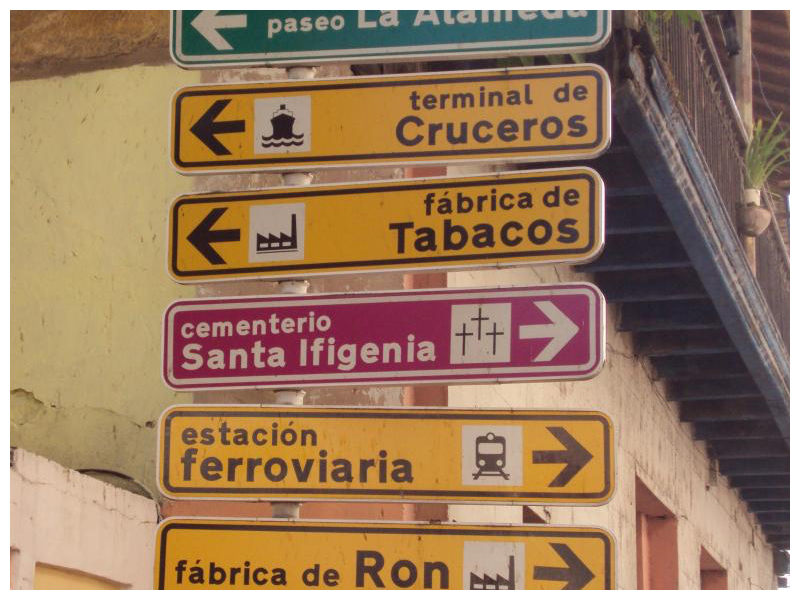 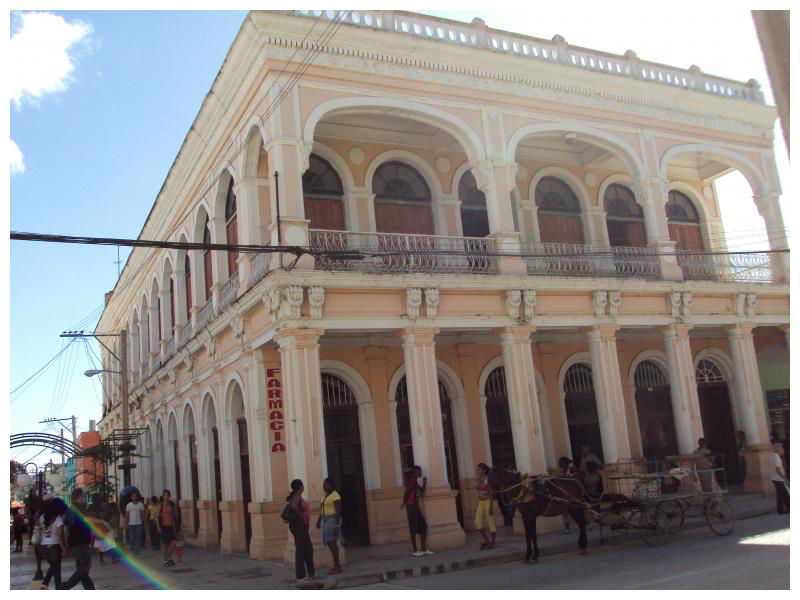 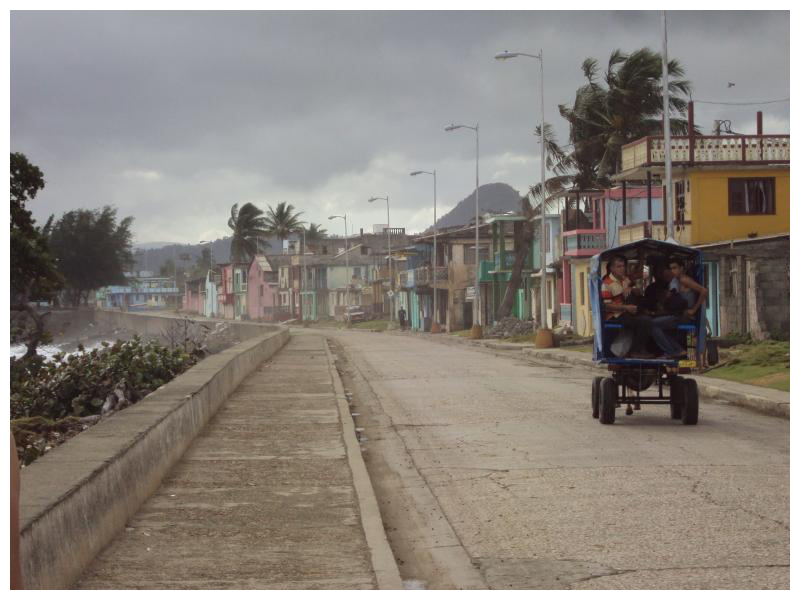 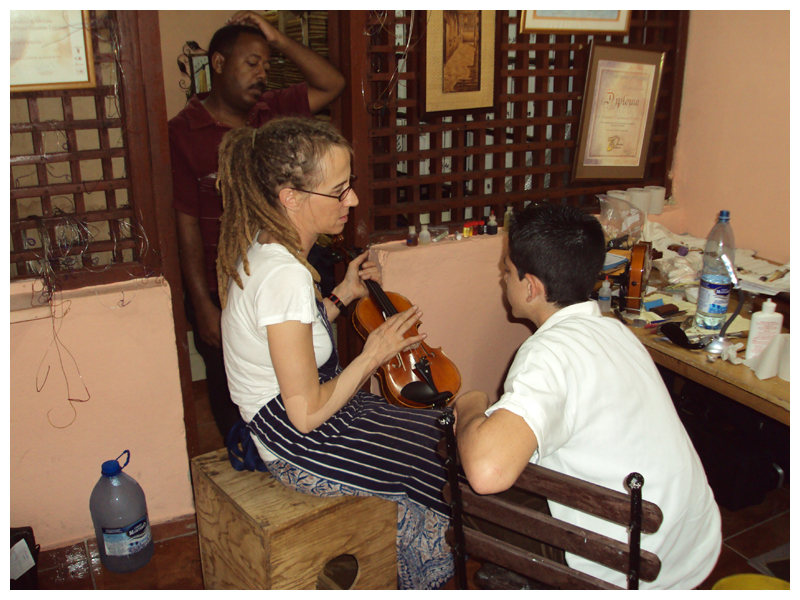 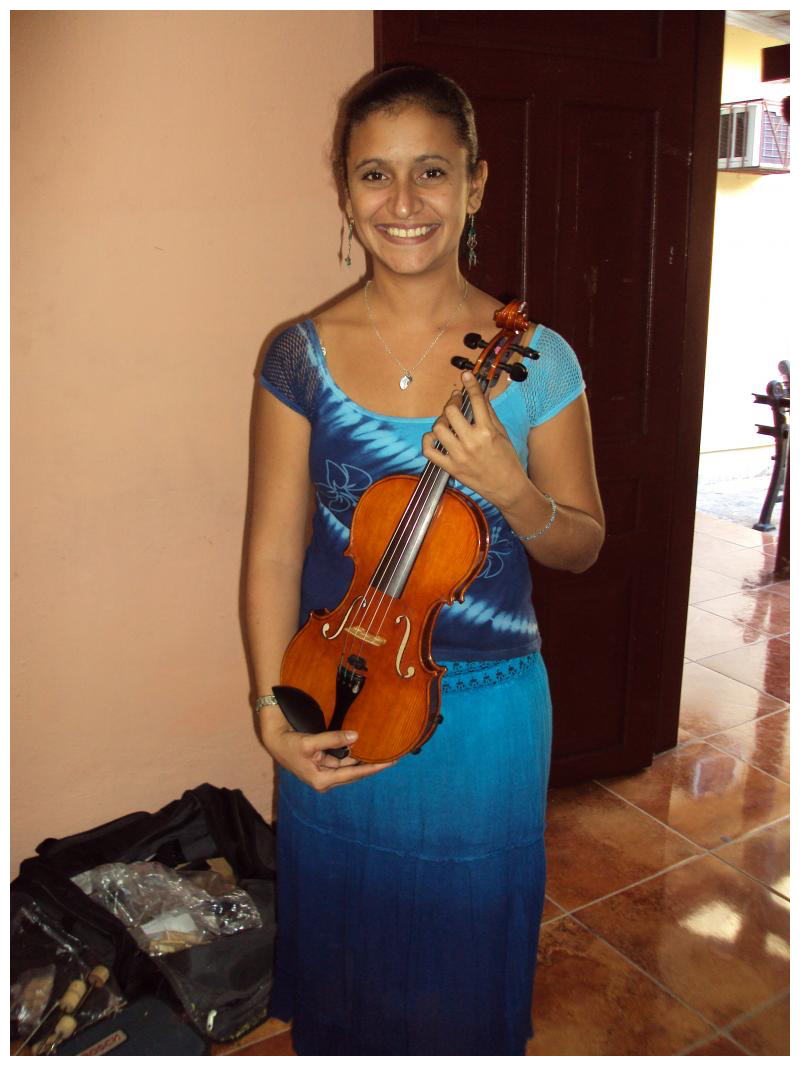 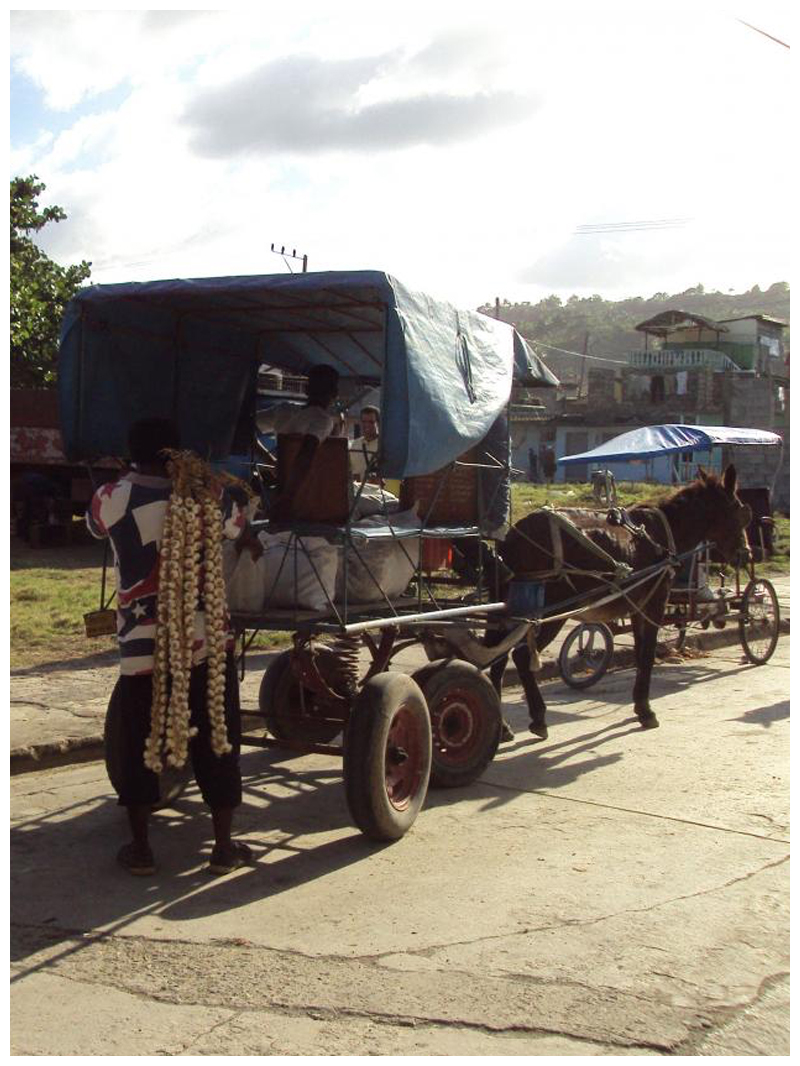 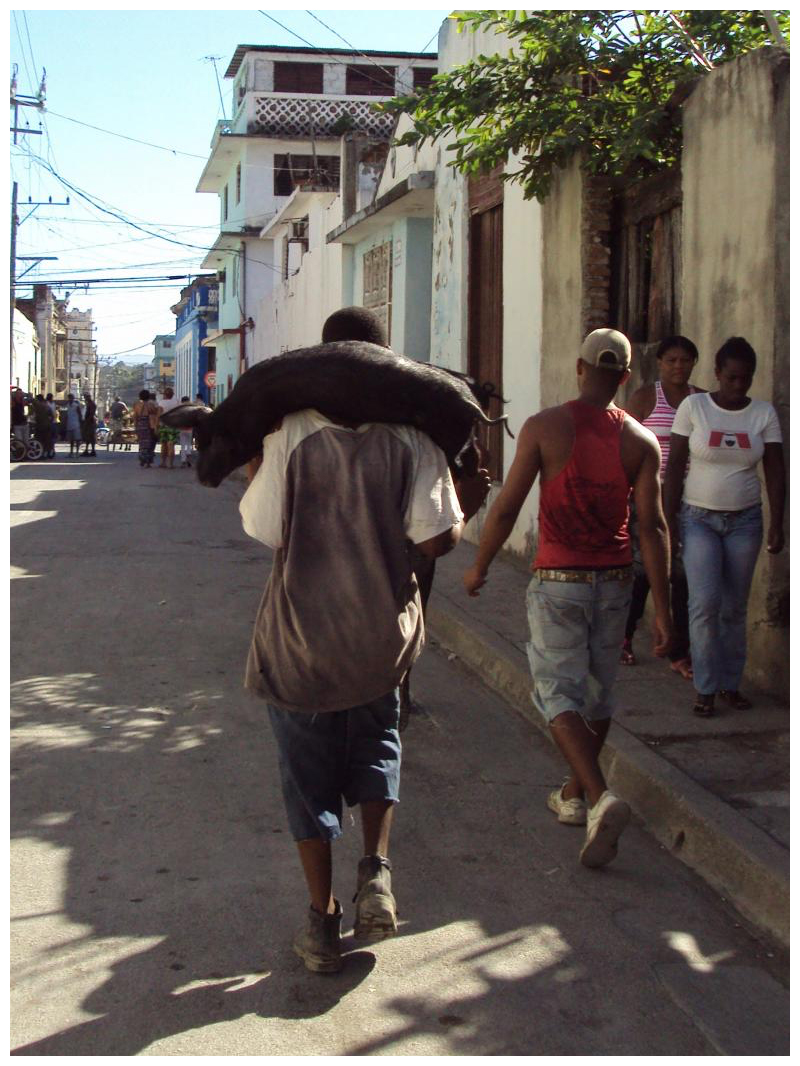