Shortly after Christmas, and while most of the US was being hammered by the famous Polar Vortex, Anna Huthmaker and I arrived in Port-of-Spain, Trinidad and Tobago, for a second visit. Our hosts were string teachers Caitlyn Kamminga and Eleanor Ryan from the Academy for Performing Arts, which is affiliated with the University of Trinidad and Tobago. They again had generous support from a local foundation to help with expenses associated with our visit (mostly plane tickets, some tools …). While local grants are not a necessity in bringing about a visit, on-the-ground support does help ensure a level of consistency that would be hard to sustain without it.

We found the by-now customary pile of instruments and bows that were in dire need of attention, and set to work. Anna established her workspace on our host family’s patio, shielded by a large umbrella; after a couple of days’ experimentation I decided on a room with air conditioning, in the vain hope it would give me relief from the mosquitoes. This was not to happen, and so the first week was spent quietly working our way through the pile, and swatting at the pesky creatures with electric zappers, which crackled in a very satisfactory fashion every time we connected. Every once in a while someone would stop by to drop off or pick up a bow or an instrument (or to take us to the grocery store).

Lighting was a challenge – by sunset, we had to suspend operations, even though I had crowded every portable light in the house around my work table. Anna breezed through her workload, rehairing bows at Olympic speeds, but I could have used an extra hour or two of daily work time.

By the second week, our hosts had returned from their Christmas break and were ready to swing into action. They had set up an independent study course, of which LSF was to be an integral part. Students who were taking the course went through a workshop week with us, and were subsequently required to write up their course notes, as well as follow through with weekly (ongoing) Skype lessons. The goal was to equip the students, all of whom are also string teachers, to better look after their pupils’ instruments; a secondary idea was to identify students, who by talent or inclination, might be suitable for further training in instrument and bow repair. It was an intense week for all of us! The students were dedicated and talented, and enjoyed themselves tremendously (I think), but the learning curve was steep, and we didn’t have enough tools for all of them to use at the same time … there were some moments of frustration. In the evenings we were rewarded for our efforts with “movie nights”, complete with popcorn, hosted by Caitlyn Kamminga’s lively and lovely young sons.

Since then, the Skype lessons have afforded us a wonderful opportunity to watch the seeds planted during our stay sprout, and grow. While there are some challenges (the sound or picture is frequently atrocious; one week the students had to go home because of rioting; then there is the difference between verbally explaining a complex action, and being able to just demonstrate) we are seeing lots of progress. It was heart-warming, and hilarious, to witness one exuberant student struggle with, and emerge victorious over, the complexity of soundpost setting. Thanks to the wonderful Trinidadian string teachers’ hands-on engagement, we have the assurance that the donated instruments, tools and materials will continue to sustain and further musical activity in the country, and what could be better than music? 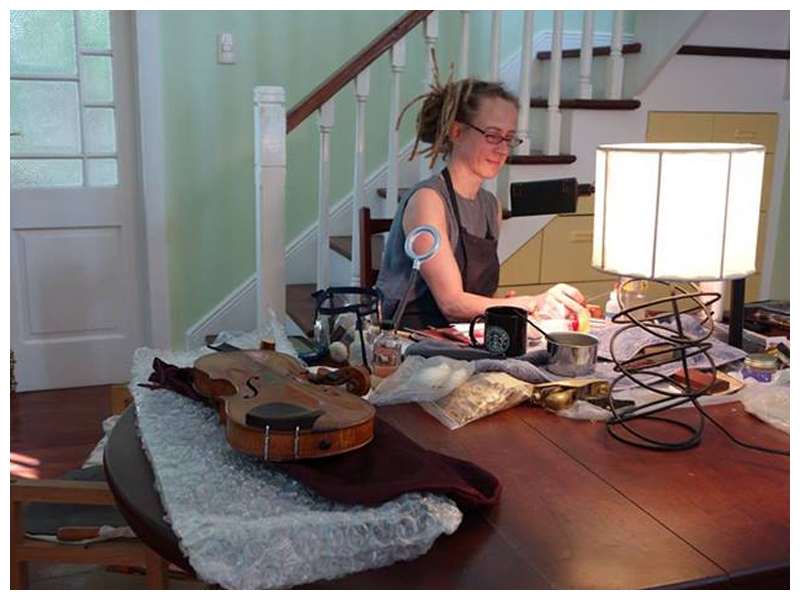 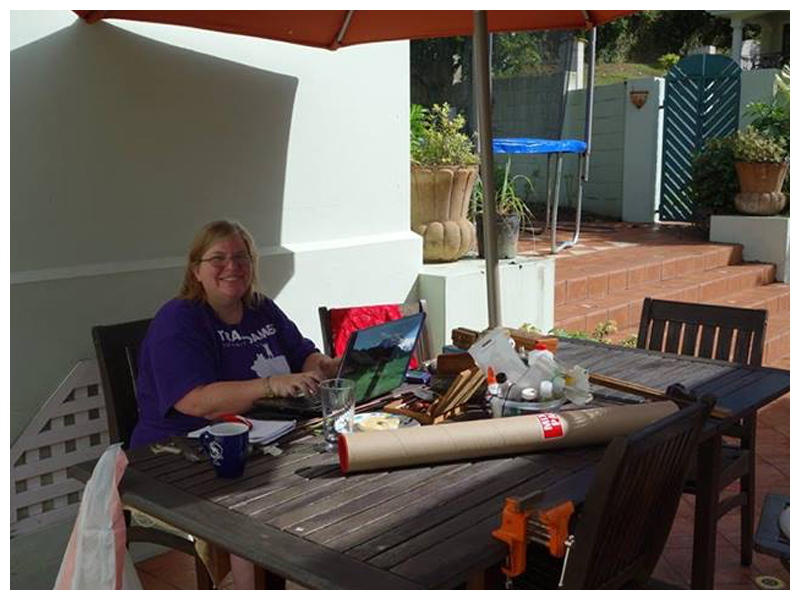 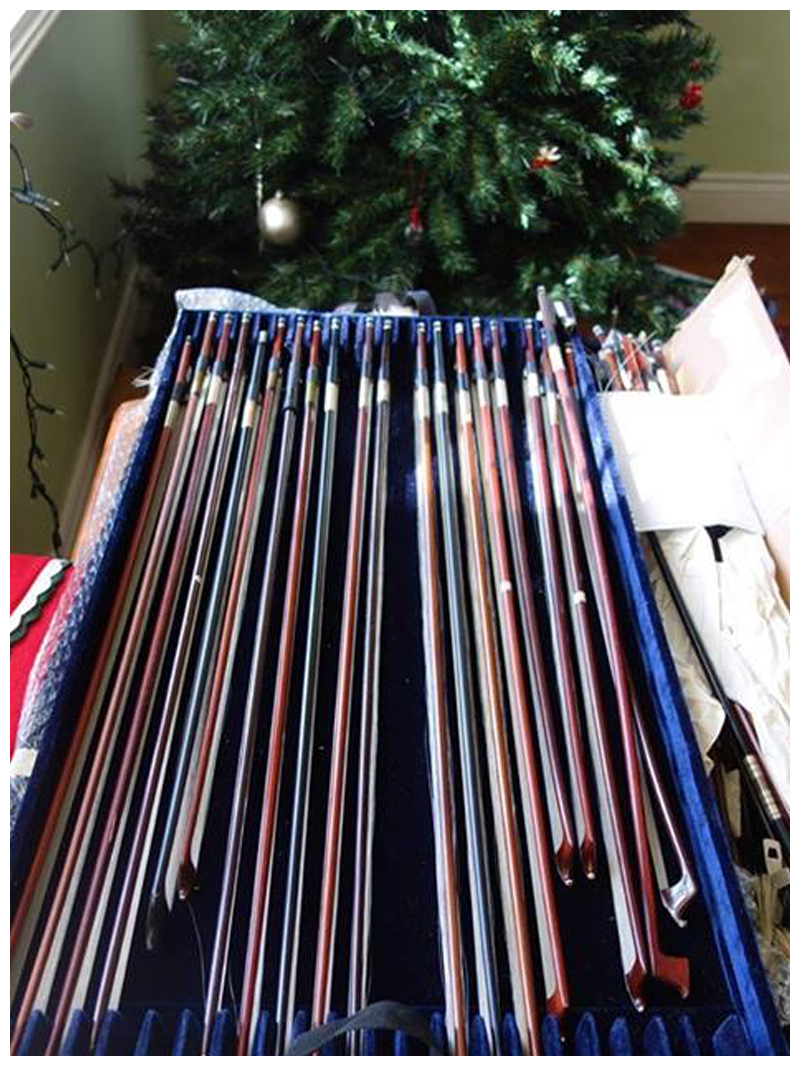 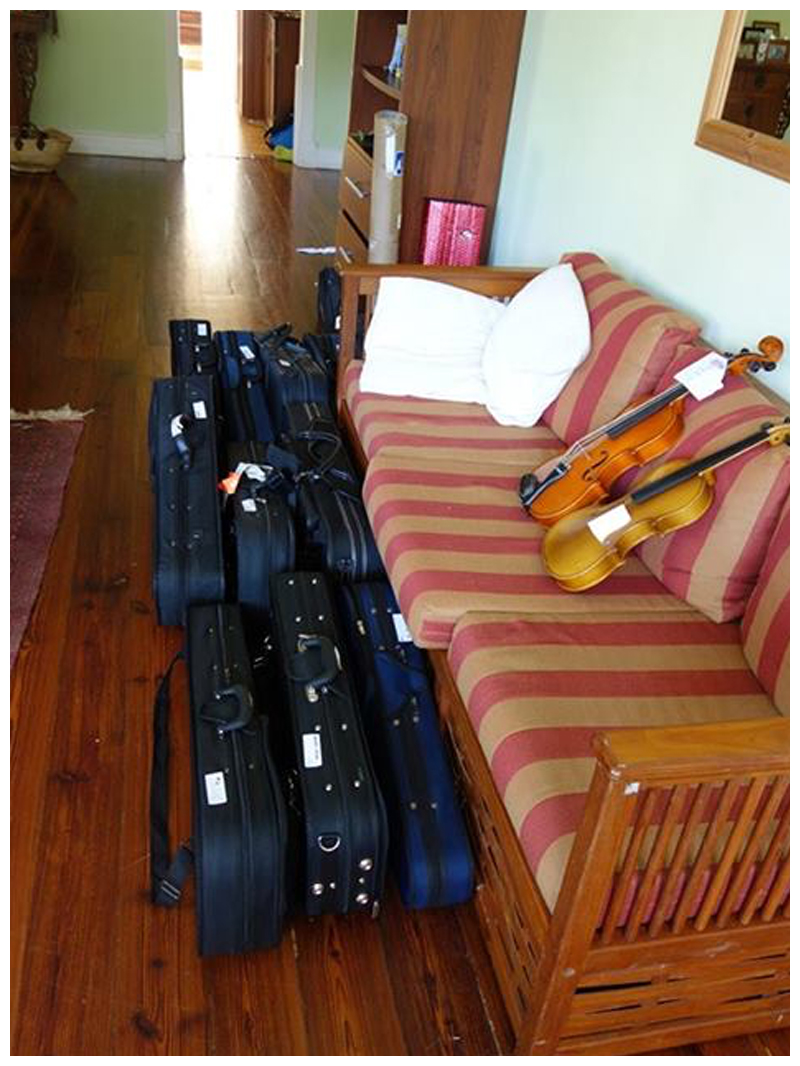